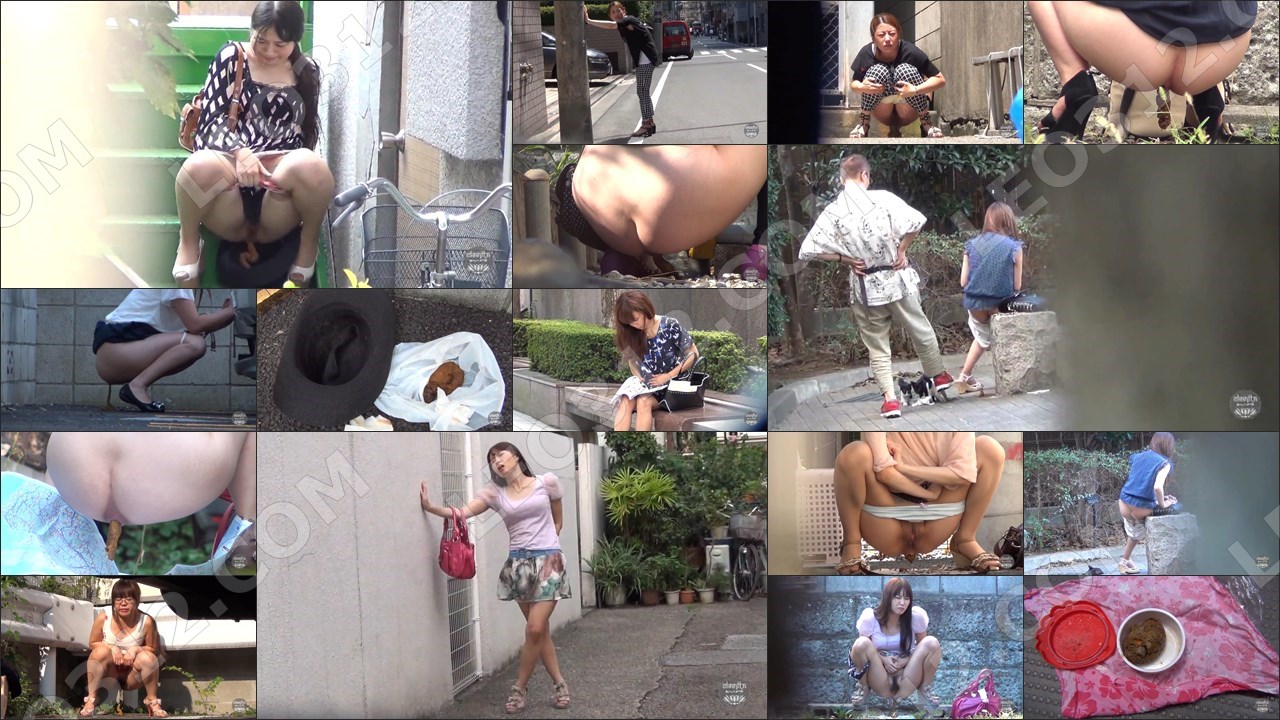 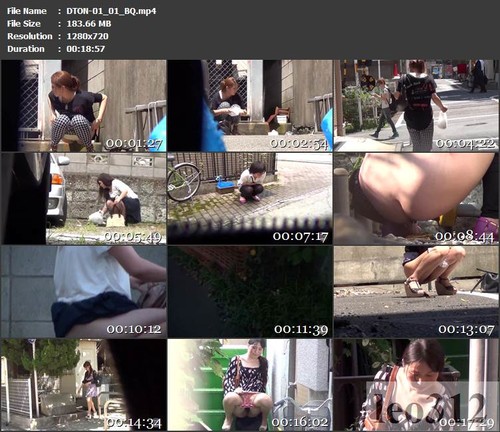 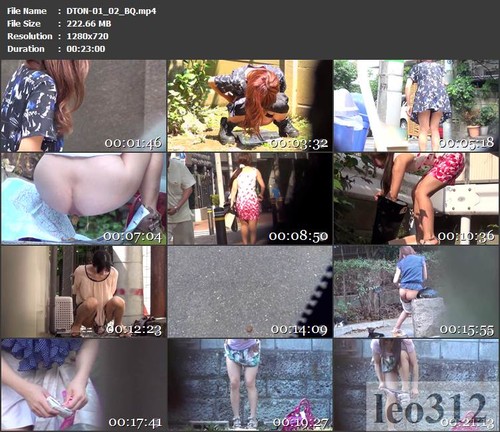 Women feeling strong need to poop and deciding to do it outdoors, thinking that they probably won’t make it to the toilet. Also, thy are feeling guilty about doing it outside and can not just leave their poop, so they are packing in the bag and take it with them so they could throw it out in the trash later. (featuring 30 women)