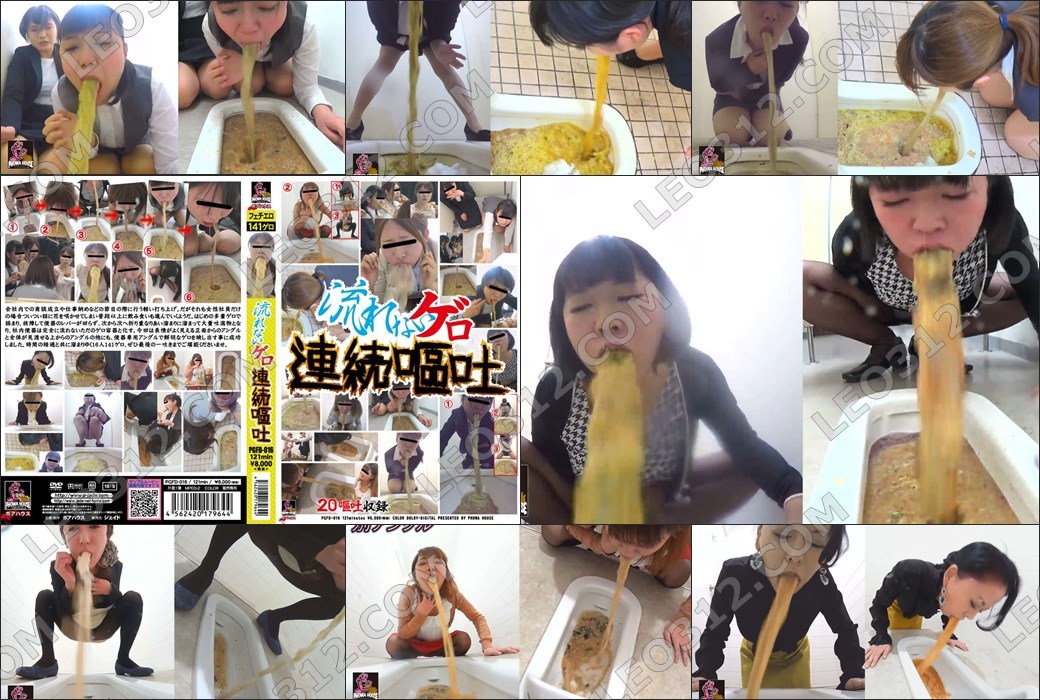 A light lunch as a milestone in establishment of goodwill during business negotiations. However, it seems that if the group is females only, they sometimes tend to drink and eat a bit too much. The toilet is clogged with the first large amount of vomit. Flush lever does not work, so one after another vomit folds up to the big puddle and it turns into a puke container which is can not be flushed. We set up several viewing angles for you: the front viewing angle, in wich you can see the facial expressions, top overlooking the whole body and toilet bowl angle. 16 girls featured in this video. 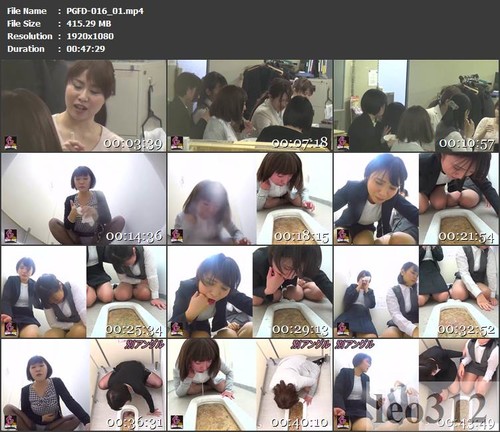 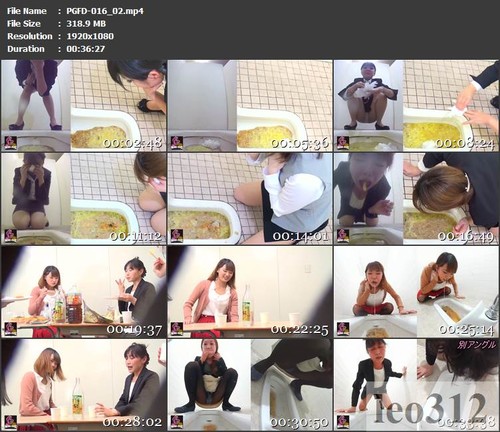 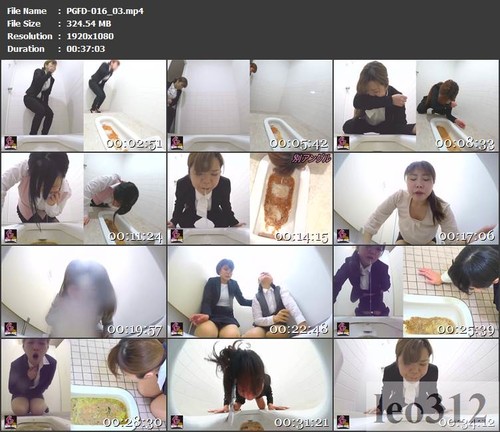